Nowadays the technologies are flourishing. Social media has been the game changer in almost everything that surrounds us. Companies, trademarks, and brands are born daily, and their pages on social networks appear every second. Anyone with a business can create their unique corporate page, to maintain it, to add the content that is most liked, to advertise their posts and to be active in the social media channels. But is that enough and how important is to have a clear purpose and idea of what the communication should be, to create a brand that really stays in the mind of the consumer?

In the social media, the most important thing is the brand communications to be with the same message in the different channels according to the typical brand identity. But to have a similar message doesn’t mean the same content. Every social media has visitors that use it for a different reason. Everyone knows that Facebook is the place for fun stuff, Instagram is the best social media for photos, Youtube gives the chance non-popular people to make their videos at home with their own cameras and this is easy and free way to connect with huge amount of people directly, Twitter is the media with the honest and fastest answers direct from trademarks to the customers, etc.

Now we will show you how Nike and Coca-Cola communicate with the consumers in the different social media channels and how the different media sets different goals.

NIKE:
– Facebook – Nike maintains pages for every one of their product categories. They have 2 pages for football, one for golf, one for skateboard and their primary page. They publish daily in their sports pages and in the corporative – once per week. An interesting fact is that the content which includes products reach more people and create actions, that the posts with celebrities or athletes. Nike uses the social media channels to promote their bigger campaigns, for example, the initiative “My Time Is Now.”
– Twitter – Nike invests huge sums as they chase the goal their customers to become holders of the brand. For example, if you just have bought soccer shoes and you have a question, Nike meets personally, encouraging users with advice.
– Pinterest – Nike makes similar researches of the customers in Pinterest and finally they have a decision that they will create a profile, in which they should search for the Nike Woman audience. They have 10 boards and near 10 000 followers, but all of their pins are tied with the official website of Nike.

– Google+ – Nike support only one page on Google+, usually publish once a week and in most cases, they re-post their Facebook stories.
– Instagram – Nike has 14 million followers on there. Posts generally receive between 300k – 400k likes and dozens of comments from followers, mainly of people sharing the content with their friends. They have developed a number of brand hashtags, including their trademark #justdoit, as well as #nikewomen to support their ongoing campaign to empower women in sport and others specific to products or events, such as #airmaxday. 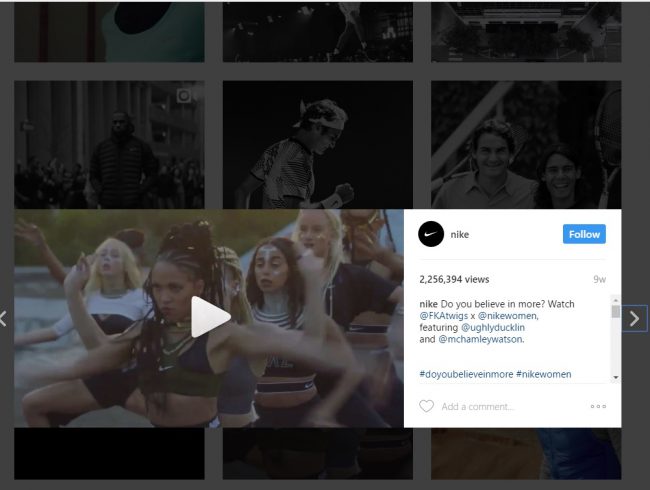 – Facebook – Coca-Cola has over – 82 Million followers on Facebook. The popularity of the brand gives it the freedom to be one of the non-active brands in the social media world. Since Coca-Cola doesn’t have a specific physical store or online platform, the only content that they publish is directed to maintaining the brand image and awareness to their ad campaigns. They emphasize the intersection of communications channels, such as they regularly share the White Polar Bears of Coca-Cola and so recall that the campaign has a charity supporting Arctic. Coca-Cola has many applications, including one called: “Aaa Giver”, which allows users to send personalized messages and free Coca-Cola drinks to their friend. 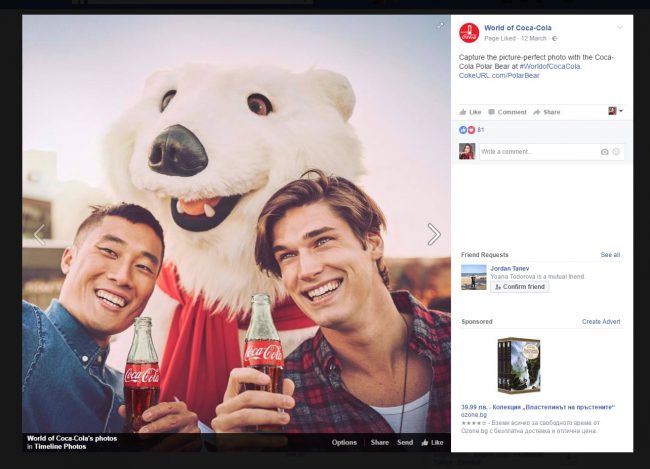 – Twitter – Coca-Cola has individual pages for each market in which they operate. Their main page has over 700,000 followers and has been tweeted more than 75,000 times. The publications are in a long time, but Coca-Cola regularly meets @mentions.

“83 % of Coca Cola’s Tweets in the last month were direct @Replies.”

Coca-Cola runs campaigns to engage its audience and generate content that they can share. This is one of our favorite social tactics. They engage their audience and making them a very real part of the brand experience, they’re creating a collection of advocates.
– Pinterest – The interesting fact in Coca-Cola’s Pinterest profile is that they have only one board, which is thematic for the brand and all others are random topics. The thematic board is called “Olympic Moments” and includes publications, leading to the official sites. The other board topics are “Let’s be together.”, “Be Active.”, and etc. And while all images are related to the main theme, in some of them are implied the Coca-Cola bottles. Quite often the photos are pre-published from their follower’s profiles. The pictures that are shared in the nine boards often are re-shared in many other channels by their fans.
– Google + – Coca-Cola publish information in this channel in a few weeks, sometimes months and still have over 800,000 followers. An interesting fact is that the brand has experimented with Hangouts, as host of the talks with one of their “super fans” and star Jason Derulo. This allows fans to engage with the brand with much more than “like” or “+ 1”.
– Instagram – Coca-Cola has embraced video more than most brands on Instagram. Four of its last 15 posts have been videos, and it’s working. These four videos have averaged 5.5K likes and 90 comments each. The activity and the way of communicating across different social channels are very important, but there is no golden rule that applies to any brand. So the best is each brand to tell its story accurately, involving users as the main characters. 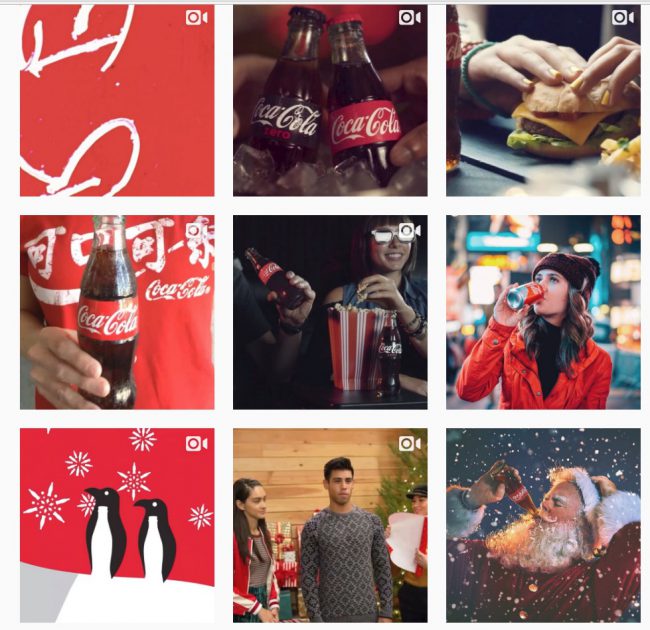 Social media marketing is an excellent method of expanding awareness of a brand, to a broader array of potential customers. It would be more beneficial to focus on having effective use of a few select channels rather than a sporadic use of eight or more. And when you need a new idea or creative social media strategy, you could check and follow the behavior of the significant brands.

P.S. We are regularly inspired by them… 🙂 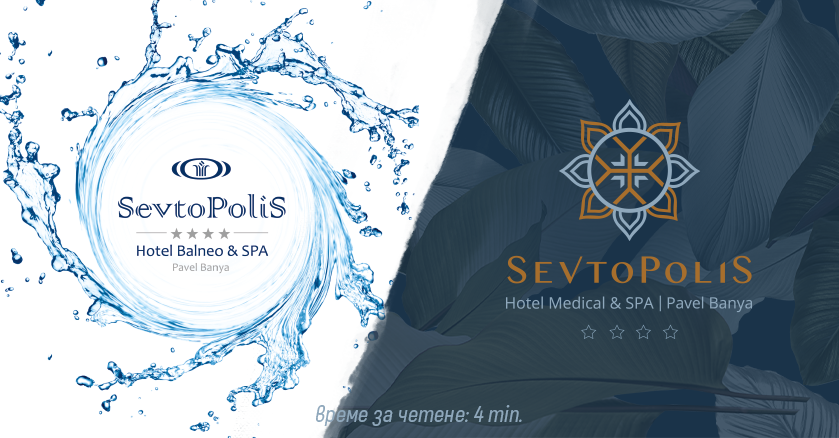 Blogging campaign for a hotel – discover a better YOU.