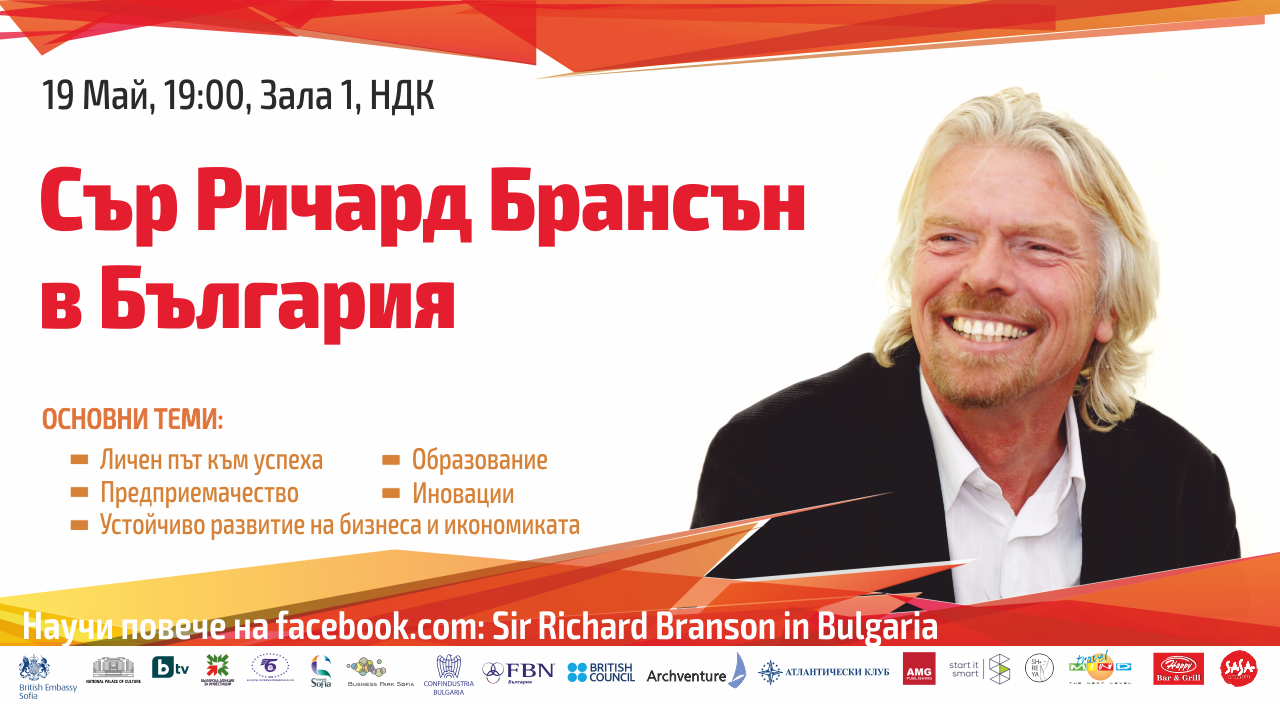 Bulgaria welcomes one of the most influential, inspiring and successful people in the world. Richard Branson will present a lecture to entrepreneurs, businessmen and people with ideas. There will be an open discussion and the visitors will be able to ask questions directly to Sir Branson.

Sir Richard Branson has managed to turn a small music shop in giant multi-business for less than 10 years.  He is the owner of the Virgin Group conglomerate, made up of over 300 companies around the world. The airline “Virgin Atlantic Airways”, the telecommunication company “Virgin Mobile”, the video game publishing division “Virgin Interactive”, cable TV and radio stations are only a part of the companies in the Virgin Group. “Virgin Galactic” is a member of the Virgin family, too – the company that gives you the ability to travel in the space.  According to official data for the Virgin Group, over 60,000 people work in 50 countries and Branson’s personal fortune is estimated at £ 4,4 billion.

Branson is a book author, an entrepreneur, a highly successful businessman, a man of adventure and last but not least – a man who keeps in touch with people. His LinkedIn social media profile has a record number of followers and he’s one of the most active celebrities on Twitter. He set’s records for the shortest time in crossing the Atlantic and Pacific Ocean with a balloon. He follows principles such as:

„Don’t doubt yourself – nothing is impossible!”

His books are far away from the boring autobiographies. They are used more as manuals for business behavior and professional success.

We are wondering whether he is coming to Bulgaria to invest, as the investment specialists have already said, or his lecture aims to motivate Bulgarian young entrepreneurs.

The event will take place on 19th May in Hall 1 of the National Palace of Culture.

Video message on the occasion of his visit to Sofia.

Rebranding of a Bulgarian egg farm

Angelov is the largest Bulgarian farm for the production of eggs from free-range hens, which has imposed their consumption on the domestic market. A distinctive feature of these eggs is their white color. When the farm...

Angelov is the largest Bulgari... 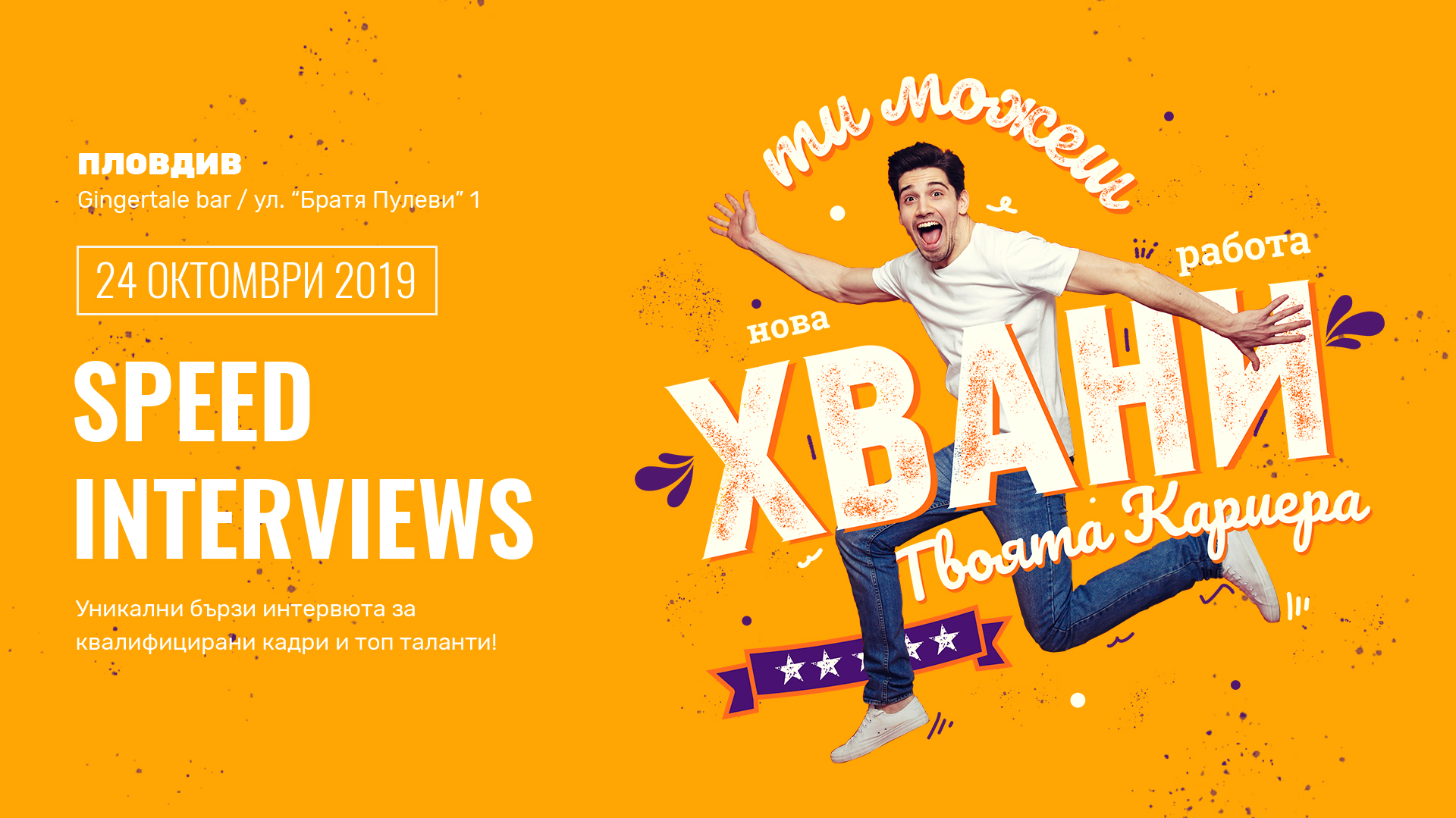 Speed Interviews: 3 minutes are enough to be successful

We say "I don't have time" so often, that at some points the "fact" turns into a simple excuse. You really have no time? But really?! We are convinced that 3 minutes is enough for you to grow...

We are excited to to tell you about an intriguing event that we support with two hands and one brand mind. We are partnering at the BRAND MINDS 2020 - The Central and Eastern European... 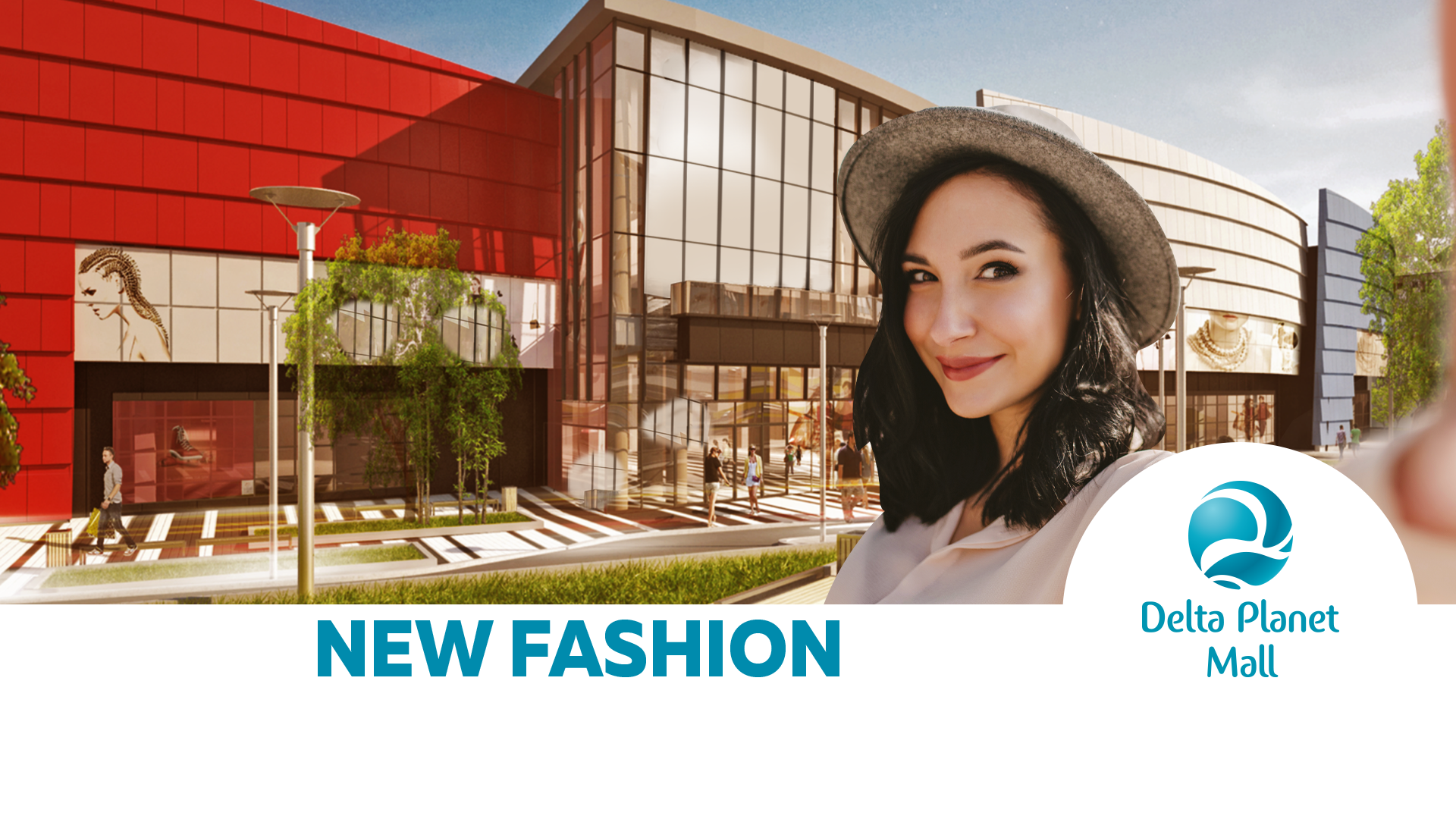