The Life of GIF and Why you should be part of it, too!

The Life of GIF and Why you should be part of it, too!

Graphics Interchange Format, or GIFs as we refer to the them at the office, are one of the best ways to engage your audience on Facebook and Twitter. Whether you decide on an all-time favourite movie scene, animated infographic, a game which prompts your fans to aim at something, or just a way to represent your discounts in a more creative way – GIF is your format!

We started using GIFs more often sometime last year when they were introduced as an auto-play feature on Facebook. That is, when they started appearing like normal videos in the newsfeed rather than links. This helped differentiate our clients’ fan pages in a feed full of static images and ruled by video. While GIFs can’t compete with video, they are far more interactive. For example, why don’t you try a Facebook game in which your fans are asked to tell you in the comments how many times they had to stop the animation in order to fit the prize in its contour!

Making a GIF isn’t easy and quick – sometimes it takes a few hours of your designer’s precious work time.

First you have to come up with the idea (which is an accident in most cases), and the animation itself is stitched from numerous static frames. Sometimes 2 or 3, sometimes 40! If your client asks for edits, designers get pretty angry.

How does this format help you with reach and engagement?

GIFs prompt your audience to take a certain action, which means more time spent on your post, more comments and more clicks. Most of the posts are funny and this is something which makes people share them, as well. The creativity most brands inject in the creation of a single GIF makes the contest for “Best GIF” a really intense one.

If you’re wondering about the numbers behind the statements we make, here they are. We’ve noticed that most of GIFs we make have 100% more reach than a regular post. Of course, each page is different and allows the usage of animated GIFs to a certain extent. Even the most strictly corporate-looking page would benefit from a mini-animation to present its business in a totally different light.

What are the possible problems when using GIFs?

Unfortunately, this format doesn’t play automatically when people use the browser on their phones – they see only a link preview. Another problem is that the quality of the images is lower. But the most important one is the fact that GIFs are hosted outside of Facebook and can be easily stolen. Although businesses can use their own hosting and rely on the link to show that they’re the owner of the GIF, users rarely take a look at the URL bar – so don’t forget to include your logo in the GIF! These are only minor problems, though, and we hope we’ll soon see them fixed.

Here are 5 ways you can incorporate GIFs in your brand’s social media life:

1. Be bold: even the craziest idea can turn out to be a good way to share emotions with your fans.

2. Be yourself: show the different faces of your brand through an animation, which speaks louder than any text or static picture.

3. Be cool: don’t forget that the majority of Facebook users value everything that’s trendy, hot and cool. And share it with their friends. It’s totally worth it to have a look at the trending sections and find out what’s the topic of the day.

4. Be a story-teller: your story will come to life even without dedicated budgets for videos.

5. Have fun: laughter is contagious.

If you’re not convinced that GIFs are a truly powerful tool and don’t want to invest your time in them, consider using an image bank such as Giphy.com or Imgur.com just to test things out. The effect is guaranteed to be: 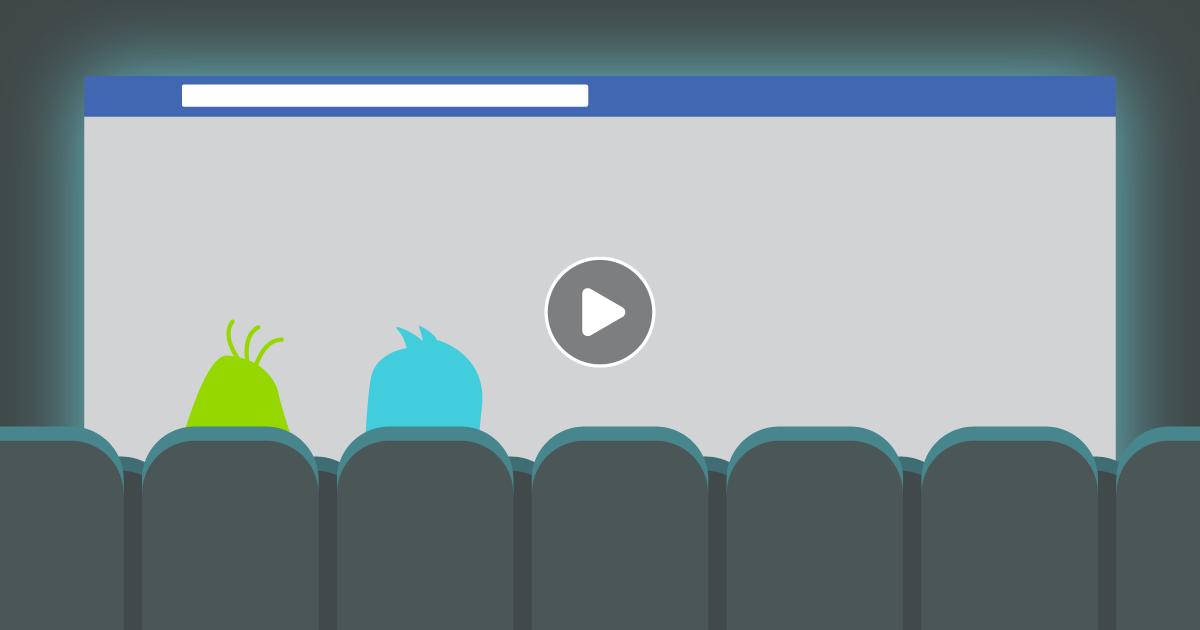 With love for GIF’s and Holidays :)

Towards the end of 2017, the GIF format gave way to Videos on Facebook. If you ever wondered why Videos get so popular, it’s because people are easily affected and have an easier time consuming...

The GIF format continues to be a winning formula for social media and works just fine to promote brand awareness in the most fun and none threatening way. This year we kept creating gifs and "gifofied" our...

The GIF format continues to b...

Gifs are in again and they are flooding social media like a fresh rain. They are a fun and safe way for brands to communicate with their clients and draw more attention to themselves. We love...

Gifs are in again and they are...